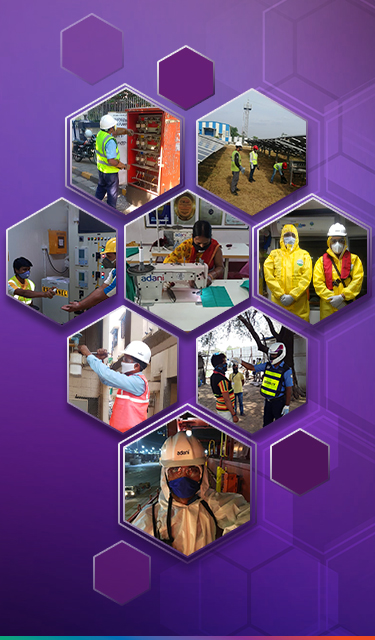 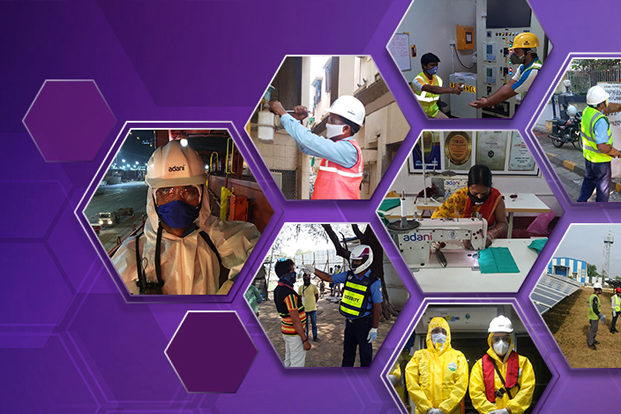 The web page will be populated with further details soon.
Stay tuned for further updates.

Ever since the world woke up to the grave implications of the Coronavirus outbreak, key stakeholders from different section of the society have been grappling to protect themselves from COVID19.

Governments in India, both at the Centre and states, took some unprecedented measures to safeguard people in the most populous democracy from the pandemic. Amid such a global humanitarian crisis, India’s private sector including large corporates, SMEs and small traders have stood united with the legislature in the battle against the Novel Coronavirus.

The Adani Group, which stood united with the government in India’s fightback ever since the pandemic broke, ramped up its efforts to an unprecedented scale in wake of the 2nd wave hitting India. The diversified infrastructure giant deployed all resources at its command – from staff and logistics to ports and airports – to aid this nationwide fightback. 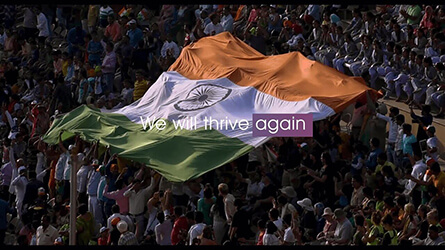 It began leveraging its overseas connections to procure hard-to-find supplies of critical essentials like medical oxygen and transportable cryogenic containers. Hospitals and other COVID treatment facilities across the country are facing an alarming shortfall in oxygen supplies, primarily because of insufficient numbers of cryogenic tanks for transporting liquid oxygen.

The Adani Group has already procured several cryogenic tanks carrying thousands of tonnes of liquid oxygen across the nation. These tanks were procured from leading manufacturers in countries like Saudi Arabia, Thailand, Singapore, Taiwan and Dubai with the active assistance of Indian diplomatic missions. These cryogenic tanks are a vital addition to the hardware India sorely needs to manage the medical oxygen requirements of patients across the country.

While some of these large cryogenic tanks were shipped in through the Group’s Mundra Port in Gujarat, others were airlifted into the country with the help of the tireless men and women of the Indian Air Force, which deployed its biggest transport aircraft for these time-critical operations. The group is also working with the Indian Armed Forces to bolsters oxygen infrastructure at military hospitals along with setting up dozens of high throughput oxygen generator plants and hundreds of modular ready-to-se oxygen concentrators to hospitals.

Even as the Group continues its relentless search for more of these cryogenic tanks, the tanks imported so far are already in the service of the nation, ferrying precious liquid oxygen round-the-clock from filling centres to wherever it is needed, in accordance with distribution lists and directions from the government.

The organisation’s rail and road logistics infrastructure played a critical role in the efficient last mile delivery of these life-saving supplies. It also partnered with global oxygen producers like Linde and Air Products to quickly refill and despatch liquid oxygen to all corners of India by the fastest means available.

In several states and districts, the Group is also refilling and distributing thousands of medical oxygen cylinders every day to augment and fill gaps in the local oxygen supply chain. Subsequently, Adani Ports, announced priority berthing and unloading for vessels carrying COVID-related cargos and waived storage, handling, and vessel-related charges.

In Gujarat, where the Adani Group is headquartered, the Group has intensified its focus on the provision of direct medical care. To reduce the systemic overload on Ahmedabad’s hospital infrastructure, the Adani Foundation was converted the Adani Vidya Mandir school into an emergency COVID Care Centre with oxygen support and catered food. Equipped with doctors, nurses, paramedics and support staff, this first-responder care facility is housing infected and moderately ill COVID patients. Isolating patients when they are at their most infectious will also help to break the chain of infection and significantly curtail the spread of the disease.

In Kutch, India’s largest district, the battle against COVID is being led from Bhuj by the GAIMS (Gujarat Adani Institute of Medical Sciences), the principal medical facility serving this remote part of western India. The Adani Foundation has upgraded and converted GAIMS into a 100% COVID hospital with all its 800 beds equipped with oxygen support.

The hospital became a medical oasis for the thousands of people in Kutch and its neighbouring districts. Four oxygen plants were built in a short span in addition to liquid oxygen supplies. Many of the hospital personnel put aside their personal grief of losing family members to continue working for 12 to 14 hours each day.

The Adani Hospital in Mundra has been similarly upgraded into a 100% COVID hospital with an additional CT-scanner installed to diagnose COVID faster. Its bed capacity has been doubled and all its beds have been converted into oxygen beds. This hospital serves not only the people of Mundra but also the residents of 20 neighbouring villages whose medical care alternatives are limited. Likewise, the Noida Indoor Stadium and Shooting Range was converted into Emergency COVID Care centre, Within the Adani Group’s operations, all employees and their family members have been brought into the Group’s free vaccination programme. The Group has also extended its vaccination drive to include the thousands of people living in and around its corporate headquarters at Shantigram in Ahmedabad.

It also partnered with Iskcon Dwarka with a contribution of Rs. 50 lakh (USD 65,924) for feeding underprivileged people in Delhi. Iskcon Dwarka provides daily meals to around 100,000 people in the capital city of India. The aid was aimed to touch up to 400,000 beneficiaries every day.

Meanwhile, Adani Parivaar, the Adani Group’s workforce in India which was been working seamlessly to ensure delivery to essential services volunteered to contribute around Rs 4 crores (USD 527,399) towards nationwide efforts in battling Coronavirus. Moved by the warm gesture, the Adani Foundation added Rs. 4 crore to proceeds and contributed another Rs. 8 crores (USD 1.05 Mn) in support of COVID19 crisis mitigation activities.

In line with the Adani Foundation's vision to extend COVID19 relief aid across the country, on April 13, 2020, it contributed INR 2 Cr (USD* 261,582) to the Andhra Pradesh Chief Minister Fund.

Independent businesses also rose to the occasion. On April 13, 2020, the Adani Ports and Special Economic Zones Ltd. the ports and logistics business of the group contributed Rs. 5 Cr. (USD 653,956) to the Kerala CM Relief Fund.

As a part of India’s fight against the COVID19 outbreak, Adani Foundation which is anchoring pan-India relief activities on the behalf of the Adani Group has been complimenting government efforts.

Whether it is about donating 100 ventilators to the Ahmedabad Municipal Corporation along with PPEs (Personal Protective Equipments) and N-95 Masks or activating women co-operative groups aided by Adani Saksham (the Adani Skill Development unit) to produce lakhs of safety masks for free dissemination at remote sites across the country, it has been consistently working to ensure public safety.

Further community kitchens and canteens activated across several sites have provided healthy meals to hundreds. More than 11,000 packets of food and ration are being distributed each day at Mundra (Gujarat), Godda (Jharkhand), Kawai (Rajasthan), Dhamra (Odisha) and Vizhinjam (Kerala) every day. Close 21000 labourers and people in the rural communities are given meals each day. The foundation is also providing ration supplies to community kitchens that are running in full force to feed the communities.

On April 10, the Adani Foundation in line with its focus on enabling immediate help for on the ground COVID19 combat efforts contributed 10,000 Personal Protective Equipment (PPE) kits to the government of India.

During the preventive lockdown enforced in 2020, an army of heroes continue to do their jobs to ensure that essential goods and services are delivered to Indian homes. Hundreds from the Adani Group’s workforce at ports, power plants, transmission sites, edible oil refineries, residential townships and city gas distribution businesses have been working seamlessly so that lockdown does not impact the basic needs of people. Some businesses even took the responsibility of community measures such as spraying disinfectants at villages near the Hazira and Mundra port. Some stunning stories of innovation also came to light. For instance, a team of engineers at Adani Ports in Vizag took only 4 hours to innovate and build a sanitized water shower for everyone to use. Likewise, the Adani Gas partnered with the Ahmedabad Municipal Corporation in delivering essentials across the city. Hundreds of CNG-run autos fuelled at Adani Gas stations were used for the social cause. Meanwhile residential townships managed by Adani Realty are ensuring that essential supplies are adequately available so that people stay safe in their homes. By enforcing stringent social distancing discipline at shopping arcades, the teams have ensured utmost safety during the lockdown period.

For Media queries, email to   media@adani.com

Hear it from the experts 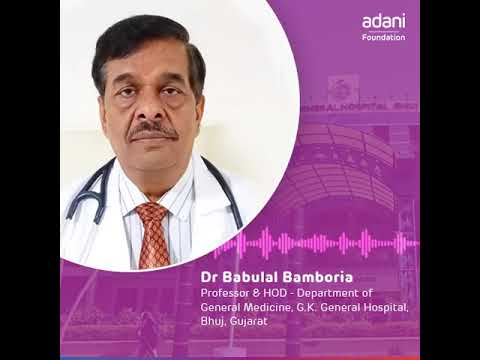 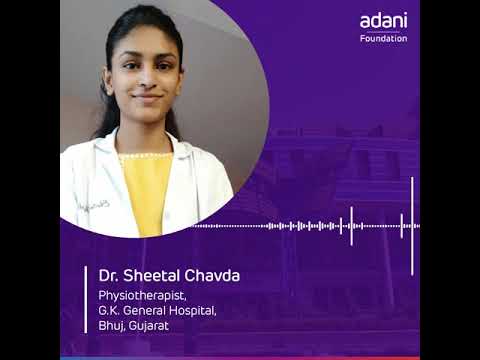 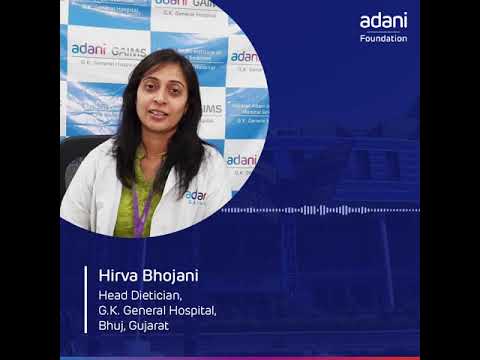 With too much information floating around make sure you access the most recent advisories form authorized bodies.